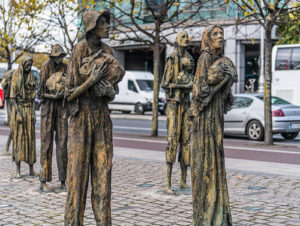 “Food crisis? What’s that?” is the bewildered response of most people in developed countries and in wealthier income-brackets across the world.

Access to nutrition has been a huge concern since 2008 when the first “food crisis” hit. Food prices spiraled dramatically, causing shortages, riots and political disturbance in several nations.

Food crisis is a situation when hunger and malnutrition rise sharply at local, national or global levels.

Some of the underlying causes include climate change, extreme drought and flood conditions, unseasonal rains, crop failure, desertification, cold or heat waves, natural disasters etc. Apart from these, human beings have also contributed by their reckless exploitation of the environment, wasteful and incompetent storage methods, demands of increasing populations, sky-rocketing fuel prices leading to transportation problems, focus on meat and dairy, and lack of investment in traditional agriculture.

Respect for biodiversities and traditional food habits, seasonal consumption and lack of respect awarded to the farming communities around the world also contribute to the looming disaster. Urbanization and conversion of agricultural land into residential and commercial property has led to a huge boom in the real estate market, but a slump in agriculture and food production.

What You Need To Know About The Food Crisis

Food shortages are a looming socio-politico-economic problem with serious implications on the health and survival of humans. Urgent remedial measures are needed by individuals, communities and governments.

Related Posts:
==> Best foods to stockpile for emergencies
==> 20 Foods to Hoard before a Crisis
==> Is Aquaponics The Answer To The Global Food Crisis
==> Stockpiling EMP Survival Supplies