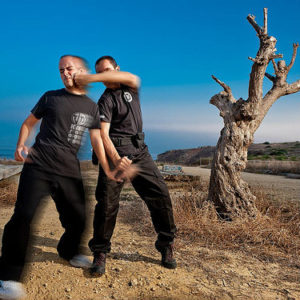 If there is one thing we cannot run away from is the reality of being attacked physically at some point in life. You’ve probably have fought someone in a self-defense scenario or seen someone been attacked in public. Getting physically engaged in a fight is not the best choice whenever faced with imminent danger. The first thing to do is run for safety. However, when you’re corned, then self-defense is the only thing standing between you and your life.

What about when faced with a much bigger person than you?

Well, this is where self-defense comes in and helps you immobilize a physically bigger person than you. There are two main things you need to do to defend yourself in case of a physical attack. First, you must work out regularly and be physically fit. Body fitness is the foundation of all self-defense martial arts. The second thing is to learn the technique which will help you subdue a bigger opponent.

In this article, we are going to look at some of the best martial arts for self-defense that you can easily learn.

You don’t have to learn all of them but one or two that will best work for you.

Krav maga is one of the best martial arts for self-defense created by Imi Lichtenfield. This art was developed in Israel for Israel’s arm but is now available worldwide with martial arts experts teaching it in major cities. The main goal of this program is to quickly neutralize the enemy through simultaneous defense and attack. In Krav Maga, you don’t block your opponent and wait for an opportunity to attack. Here, you simply attack and in the process an opportunity arises. Once properly initiated, the enemy has no chance no matter his size.

The art targets the vulnerable parts of the human body such as the eyes, the neck, the face, the throat, the groin and the fingers. This is a deadly self-defense program and one that is advised in a dead and life situation. Currently, this is the official combat style for the Israel Defense Forces.

Taekwondo is a common self-defense program and one you’ve probably seen in movies. This is a famous martial art from Korea where power kicks are used to subdue the attacker in a matter of seconds. In Korea, there were nine schools recognized by the government teaching a different form of taekwondo by the year 1955. This nine forms of taekwondo united to form the taekwondo taught today.

It is a unique form of self-defense where kicks are aimed at a target in specific places where one lose conscious giving you space to escape. Taekwondo remains the only martial art for self-defense that is on the list of the Olympic Sports to date.

JUJUTSU is a famous Japanese martial art that was developed by the Samurais to protect themselves whenever they were disposed of their swords in a fight. The term jujutsu translates to the art of softness in English. The art uses the aggressiveness of the attacker to build momentum and help you fight them back. The technique here is to divert the attacker’s energy in any manner you prefer rendering his attack useless and giving you an opportunity to strike back. Majority of the moves used in this technique are kicks, throws, and joint locks.

This is an adapted version of the JUJUTSU martial art but one based on judo. This move is quite effective when facing a physically large person. Instead of trying to use brutal force that will not match to his force, you’re taught on how to use leverage. The program was developed the Gracie brothers Helio and Carlos. The smallest brother Helio always found himself at a disadvantage fighting his big brother and developed this program to leverage his brutal strength.

This is one of the best martial arts for self-defense developed in Thailand and one that makes every part of your body a weapon for self-defense. The program teaches you how to make your hands become daggers and swords. Forearms and shins can be used as a suit of armor to protect your body.

Learning how to protect yourself in case of an attack is one of the best investments you can make in life. The world is faced with looming danger everywhere we go, and self-defense is the only way to remain safe. The government will not protect you everywhere you go so take necessary steps and learn these basic moves to remain safe.

Related Posts:
==> Self Defense Strategies to Help Protect Your Family from an Attack