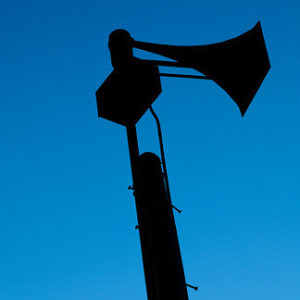 You probably never imagined reading this but the threat of a nuclear attack is quite real, and every person should take necessary steps to prepare for it should the day arrive. The growing threats of the USA and North Korea over nuclear weapon programs have led Hawaii to take steps. Hawaii Island is just 4, 600 miles from the rogue state!

To make matters worse, the recent false alarm over the imminent ballistic missile attacks has left people in the state of worry. A nuclear attack is not something out of the reality. It is something that has been used before with the Hiroshima nuclear attack 72 years leaving devastating impacts that live up today. Over 70, 000 people were killed in the initial attack in 1945 by the US. Could the same thing now happen on the US soil?Would we ever get to know the truth regarding the back rhetoric fired on Wednesday 10th January 2018? What were the events leading to a false alarm from the government leading people in a sheer state of panic?

According to Lt.Col Charles Attorney from the Department of Defense, a ballistic missile fired from North Korea could take approximately 20 minutes to hit Hawaii. The Pacific Command will then take 5 minutes to know where the missile is going. This simply means you need 15 minutes to find shelter. Well, this is not much but enough to give you a chance of survival.

The Hawaii state is working on its 1.4 million people, and you should too start to take the necessary steps. There is nothing much you can do in the aftermath of the attack. That is of course if you survive. In the past, people have had to prepare for emergency distastes like hurricanes, earthquakes, and floods but now there are reasons to prepare for a nuclear attack.

Two strains of thought about a nuclear attack

Governments rarely spread the news that sends people into a state of panic. According to Hawaii’s administrator for Emergency Preparedness Agency Miyagi, “it is the nuclear fallout after the initial impact that would end up killing more people.”

There is no time to pick your kids from school or call your wife. The immediate action is to take shelter simply.

The best option is usually to find shelter. However, most shelters were ignored after the cold war with Hawaii now looking to restocking them.

How to survive a nuclear attack (recommendations from the Hawaii Emergency management officials)?

Preparations for a nuclear attack should be in two forms. You should know what to immediately you hear the sirens and have a proper supply stock to last you a few days. Supplies here include water and food. Most people in case of such an alarm would want to pick their family members and run furthest away from the threat. However, that is not the best thing in case of a nuclear attack. The best thing is to get a proper shelter. In inside a building, then try and be in the middle of the building and in the lowest place. The aim here is to stay hidden from the harmful radiations after the attack.

Remember the government will not tell you everything about the possibility of a nuclear attack to prevent panic. However, indications for a nuclear attack are everywhere, and one must know what is required to stay alive.

Related Posts:
==> How Do I Secure My Home Against Intruders and Looters During a Crisis
==> Top 4 Best Emergency Survival Kits
==> Self Defense Strategies to Help Protect Your Family from an Attack
==> How To Be Prepared For Extreme Situations?
==> 7 Tips to Survive Life-Threatening Injuries